Glenda was born and raised in Newfoundland, Canada. As a teenager, she spent much of her time learning about boats, learning to maneuver the tricky waters of the North Atlantic and gaining a tremendous amount of insight on the ocean.

Before moving to Cozumel, she lived in Toronto, Ontario where she enjoyed a successful career in Accounting which took her to numerous exotic locations throughout the world. Her last position with an international company as Director of Audit, took her on several business trips to Nicaragua. It was during that last trip, a traumatic kidnapping experience changed her life forever. After years of trying to recover and with absolutely no possibility of returning to her former position, she was forced to make career changes to move forward.

In the fall of 2013, while reassessing her future, she took a trip to the beautiful island of Cozumel. Deep in the tranquil waters, she gained newfound courage and strength to pursue a new exhilarating career in the diving industry.

Eager to share the immense beauty and tranquility of the island, she decided to open Maple Leaf Scuba in the spring of 2016. 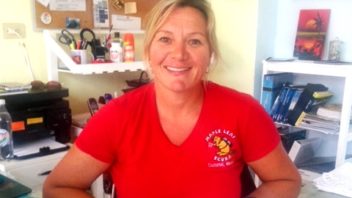 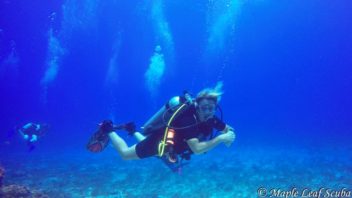 Louise comes to us from Angoulême near Bordeaux in the South West region of France. A university graduate with a Masters degree in Communications, Louise was fortunate to study in Colombia and other parts of Central and South America. However, with these newfound experiences she was hit with the travel bug and a love for the ocean. While visiting Cozumel on one of her trips, she decided to try scuba diving. It was then she realized she had to trade in the corporate life for a life underwater. Shortly thereafter, she moved to Cozumel and became a Dive Instructor.

Louise’s first language is French and she speaks Spanish and English fluently. In her spare time, she enjoys exercising and spending time with her friends and boyfriend. 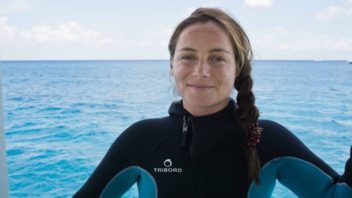 Ivana is from Argentina. She found her love for the ocean at a very young age. She is passionate about the sea and is our marine life specialist especially when it comes to macro life.

Ivana speaks both Spanish and English with Spanish being her native language.

When she is not diving, she enjoys the gym, socializing with friends and spending time with her boyfriend.  If you have a species you can't identify, be sure to check with Ivana.

Carmina was born and raised in Mexico City. Carmina started with us as our Shop Receptionist. On her first day of work, we encouraged her to try Scuba Diving. She did and she feel in love with it. Within eight months, Carmina became one of your Divemasters.

Carmina previously spent many years working in Sales within the tourist industry.

She moved to Cozumel in hopes of a quieter lifestyle.  She aspires to be an Instructor one day and is working hard towards that goal.

When she is not working, Carmina teaches Hula dancing and enjoys spending time with friends.

Meliza was born and raised in Mexico City. Meliza is responsible for managing schedules, reservations and all things that allow our customers to have a smooth and pleasant experience. She has many years of Administrative experience in the tourist industry.

Meliza moved to Cozumel after high school to be close to the ocean. She is a diver and enjoys her time on the sea. When not at work, Meliza enjoys spending time with her daughter along with family and friends.

Yosvani grew up in Cozumel and loves the island life. Yosvani is our First Mate. You will find him on the boat and sometimes around the shop. Anytime you see him, please be sure to talk to him. Yosvani is eager to learn English and aspires to be a divemaster one day.

In his spare time, he loves to sing rap and spend time with his girlfriend.

Enjoy the underwater adventures of scuba diving at the best reefs in Cozumel with Maple Leaf Scuba's many daily dive trips. 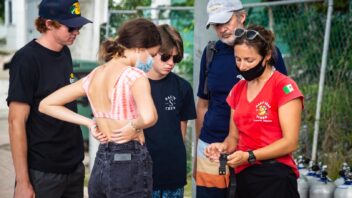 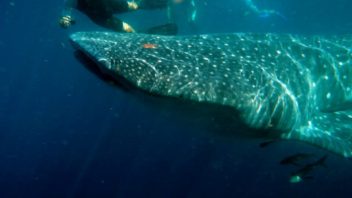 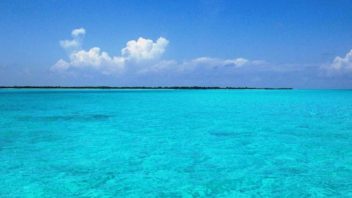